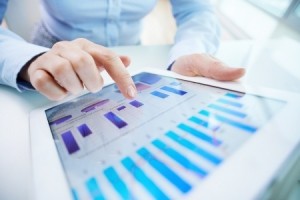 IAB Canada has commissioned PHD Canada to prepare a “Canadian Media Usage Study” each year for over a decade now. Each year CMUST provides an opportunity to create a consumer consumption context for the Internet medium. Context is good. Without context we cannot hope to appreciate the size and scope of any one medium in Canada’s changing media landscape.

This year’s CMUST study has been particularly notable. ComScore, the survey of record for the Internet medium, moved to a “multiplatform” measurement system which provided a wider, but still not complete, picture of the time consumers spend online. Also, for the first time, there is very strong evidence that the Internet medium occupies the number one ad revenue rank position in Canada, which in turn has created the focusing of attention on how consumers are utilizing the Internet medium.

We uncovered five key points of interest in this year’s work. To summarize these points into one sentence – the Internet is ubiquitous, device driven, under-measured, youth skewed and video focused.

The Internet is ubiquitous. Over 80% of adults in Canada attend to the Internet and this weekly reach level climbs into the 90+% range for a younger, 18 to 54 year old age group.

The Internet is device driven. As devices grow, Internet consumption grows. It is not difficult to conclude that the engine behind the Internet’s spectacular growth has been the proliferation of portable consumption devices. Here are some penetration numbers for adults; 89%, 62%, 42%, 46%, 28%, 7%. These are the proportions of all adults in Canada who have desktop/laptop computers, smart phones, tablets, game consoles, smart TVs and connected cars. Note well – we estimate that over 50% of the time adults spent with the Internet in 2014 was time captured by mobile devices.

Online media consumption skews young – offline media consumption skews old. The age profiles of the Internet medium are much younger than TV, Radio, Newspaper and Magazine that make up the universe of offline media in our study. Think of it this way. Internet’s weekly 18-24 minutes per capita (unearthed mpc) is over 4 times larger than time spent by those over the age of 55+. In the case of TV, Radio, Newspaper and Magazine, 18-24 per capita time ranges between only 50% and 70% of 55+ per capita time levels.

IVideo revenue development in Canada has barriers and the greatest of these barriers must be the procedural silos that house online video as opposed to offline video. These silos exist in our media planning, buying and selling institutions. Separate metrics, staffing groups, expertise, labor costs, and rates of remuneration exist between these two video forms hence the retardation of revenue development for IVideo.

But IVideo opportunity also abounds in the form of reach extension and youth targeting suggesting that IVideo’s developmental gap will diminish. It’s bound to happen because when it comes to the Internet, nothing ever stays the same.

On January 19th, we will be unveiling the latest CMUST French Canada results, which you don’t want to miss. Register here.

Previous Article How Has Time Spent on Media Changed in 2014?
Next Article Social Media is Disrupting the Way Television is Planned and Bought